About one year and a half ago, I heard of radio astronomy for hobbyists for the first time. Using a Yagi antenna you can hunt meteors by listening to echoes of radar beams. For Europe, a great radar source is the Graves radar located near Lyon in France.

So I built a 2m Yagi antenna and bought a SDRplay receiver. But during the period of great weather this summer, I was too busy to work on it so the receiver and antenna were sitting in my office waiting for an uncertain future.
But in November things got a boost when I met Silvia and she helped me find the correct settings for the HDSDR software. So in the observatory Brittheim, I was able to see the first meteors my own screen.
Back at home, I was able to re-create the settings with my antenna mounted on the roof of my garden hut. Even on a temporary pole and with absolutely not optimal position, I was able to detect meteor echoes.
Then, with the help of Ansi, the counting of meteors was automated using a docker container that scans and processes the recorded audio files on a regular basis. At the same time, a screen capture software records the waterfall diagram of the frequencies recorded. This way, you can visually detect meteors: The curve-shaped echoes represent airplanes while the horizontal lines are echoes of actual meteors.
The image displays the latest waterfall screenshot - can you spot a meteor? 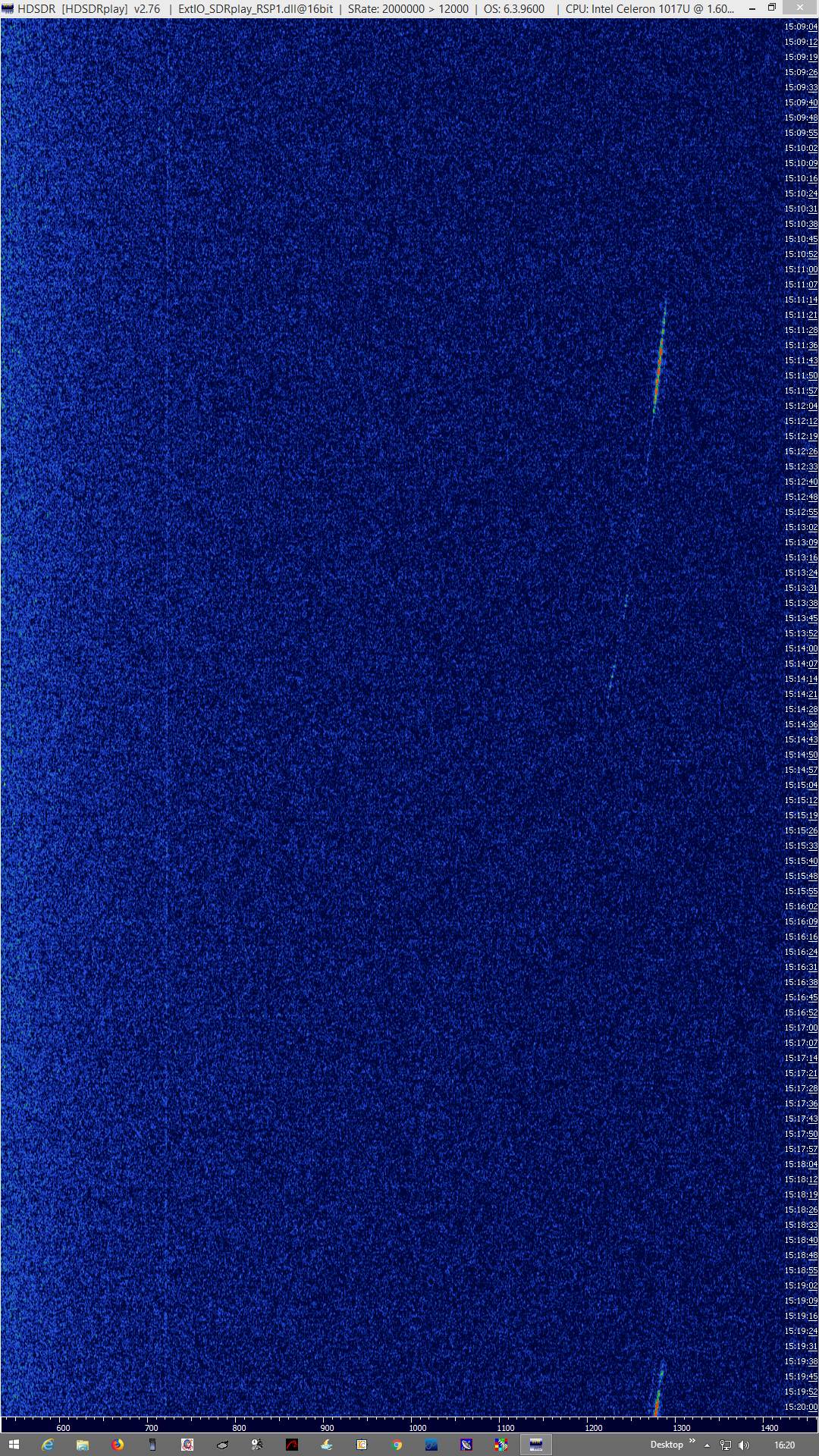