Last night, a new era of astro photography started in my observatory: after improving my equipment step by step in the last few years it finally was time to upgrade my camera.

I finally switched to a monochrome cooled CMOS camera, namely the ZWO ASI1600MM Pro with motorised 7 position filter wheel. The camera arrived few days ago but the Baader 36mm filters are still missing. So I wanted to wait until the filter are here and I already created dark and bias frames.

Last night however it was clear outside and I simply couldn't resist to attach the camera to my refractor and have first light.

And what a first light this should be - even if we still have almost full moon - I took a short video of Jupiter, without any filter or focal extensions. Even if the ROI was only 100x104 pixels at focal length of 1085mm, the resulting picture looks promising! Thanks to USB 3 the speed of the camera is amazing. Video capture was running at almost 200 frames per second. 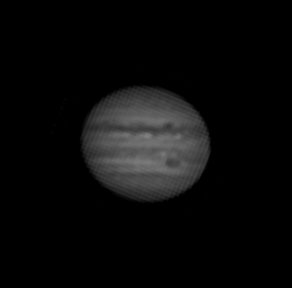 For the rest of the night, I took 10min light frames of M81 & M82 at -10°C sensor temperature. Even though the camera can cool down up to -45°C below ambient, I didn't want to push too hard in the first imaging session. After only 3 hours of imaging, the sky was already getting bright again so the mount went to parking position and the dome was closed. 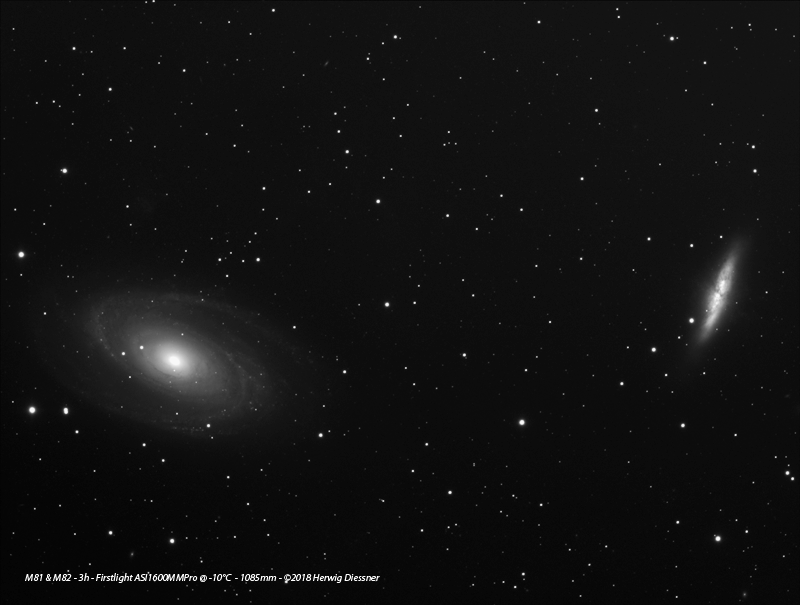 Even if it is only a black and white picture, I think I have a new "best of" picture of these two galaxies. And in the full resolution version of the picture, you can see a faint galaxy, that is 540 Million lightyears away at a magnitude of 18mag. Another new record for me in imaging a distant galaxy.