Yesterday, on April 6th, Moon was occulting Venus during the day. But clouds prevented me from seeing anything. But last night, I had clear skies at new moon. So I captured M109.

At first, the sky was cloudy but later at night clouds went away. So I had to make use of the dark sky and programmed the observatory to capture 5 hours of lights of M109. Some scattered clouds still made several lights unusable but overall I was able to process lights with the total integration time of 4 hours and 5 minutes. This is the result - a click on the picture brings you to my current crowdfunding project, Science for elementary school kids: 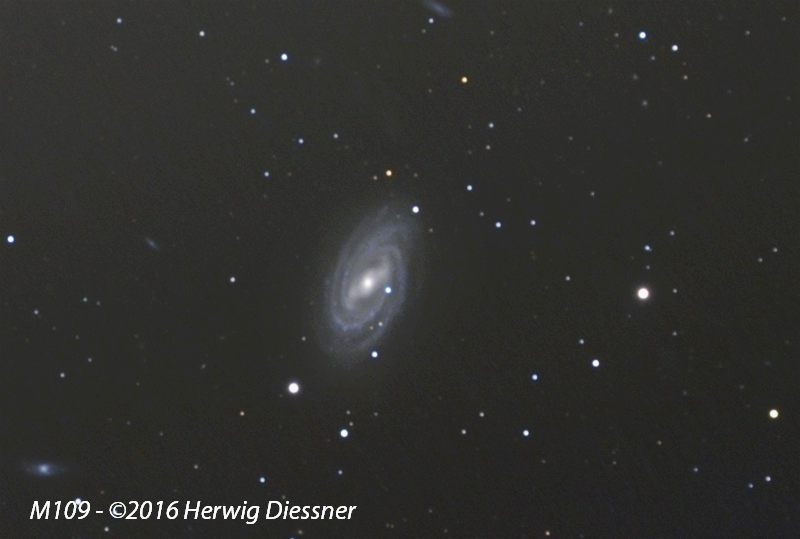