On March 8th, Jupiter is at Opposition. And the weather forecast promised a clear night. So I offered another "public viewing" of the night sky in my observatory.

At first, my guest were quite discouraged as the sky was covered with clouds. So I used the time and we looked at the newly arranged charts of the sky and the moon on the walls of my observatory and I explained the equipment we will be using and what it is all about. We slewed the telescope to Jupiter and after a while it became visible between the clouds.

We were using the LX200 as it has the largest focal length of my telescopes and we started with low magnification and later increasing (Eyepieces from 40mm, to 14mm over to 6.7mm and later with 2x Barlow lens, giving a magnification from 63.5x to 758x). Views were impressive up to 379x but for 758x, the atmosphere was too shaky, and perhaps my barlow not high a quality enough.

When I tried to capture some frames using a webcam, the sky already was too cloudy to take some pictures of Jupiter.

So we changed subjects and looked at the skychart for tonight and decided to take a view to the other direction for some visual deep sky. As we had new moon, the sky was really dark and we took a look at M42, the Great Orion nebula. It was very faint, even in the 10" SCT without filter, with an UHC filter views were much better. But other deep sky objects remained invisible, 10" opening are just not enough for visual deep sky observation in the city.

After we finished the tour, I closed the observatory as the sky was cloudy anyway...

But later that night, the clouds faded away so I decided to take this opportunity to capture some lights. After focusing my Refractor with the DSLR attached, I started capturing lights from the Leo Triplett, M65, M66 and NGC3628 which perfectly fit into the field of view of the Telescope-Camera combination. I programmed the system to take pictures until dawn and then close the observatory automatically and went to bed.

The next morning, I could check the pictures: The system worked perfectly fine, but the sky didn't hold up to that. Even though I had lights for more than six hours, only 3hrs and 45mins of lights were actually usable for processing, because of clouds.

But still, after months of clouded skies, I was happy to be able to take some pictures at all - and do some Astronomy Outreach in my Observatory!

This is the picture I was able to process: 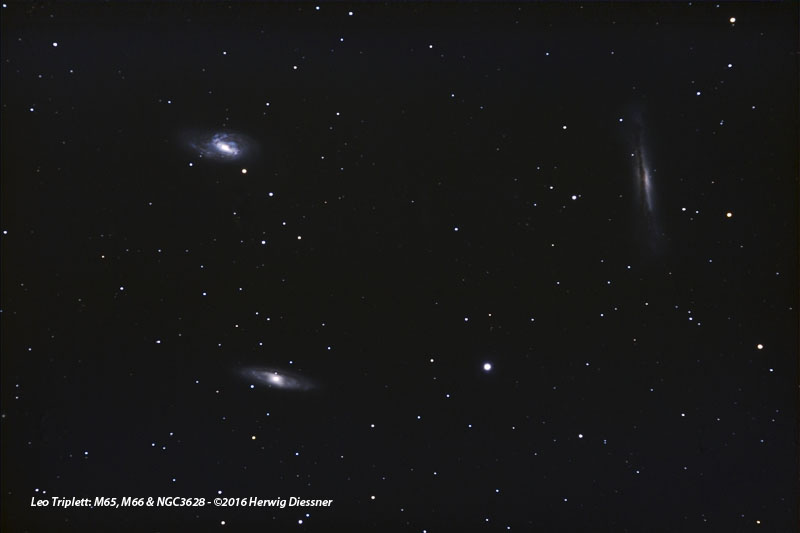 The following night, sky was clear again so I was able to add some more hours of lights. This is the picture with 9 hours and 10 minutes of exposure time: 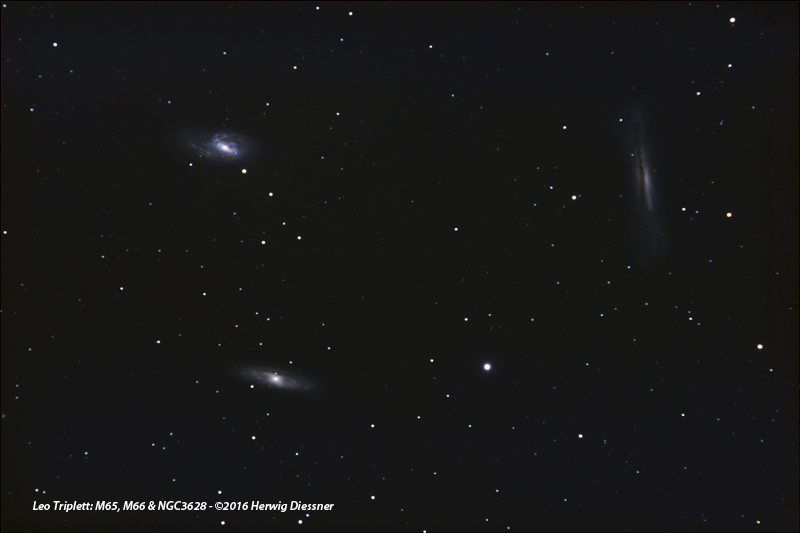